Valentine’s day is in a week! And no, you’re not experiencing déjà vu, I did already write about Valentine’s last week. But it also occurred to me halfway through my post that a more informative and helpful article would involve a review of movies that you can see on the night. After all, movie night is probably a go-to choice for most couples on Valentines. Additionally, I have more authority on this subject, having taken multiple film and TV classes at Uni, so for once I might know what I’m talking about.I’m not sure yet if my list will include older movies that are not showing at the cinema right now (or on Valentine’s specifically). When it comes to writing, I can never predict myself. 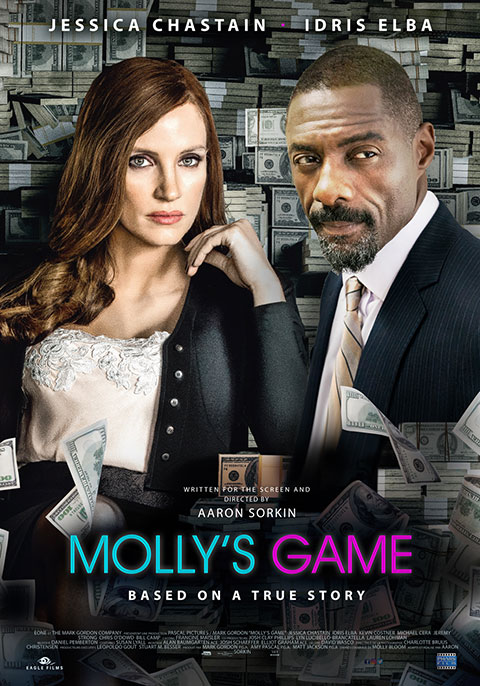 Although it got some attention from the audience and critics alike, even without having seen it, I do not recommend. Just from the trailer I can tell that Aaron Sorkin’s directorial debut isn’t as genius as he seems to think. He’s a better writer, if you ignore the sexism. I don’t ignore the sexism, so I’m not a fan. 3/10 Would not romance anyone during or after the movie. That’s how much I predict I would be put off by the experience. 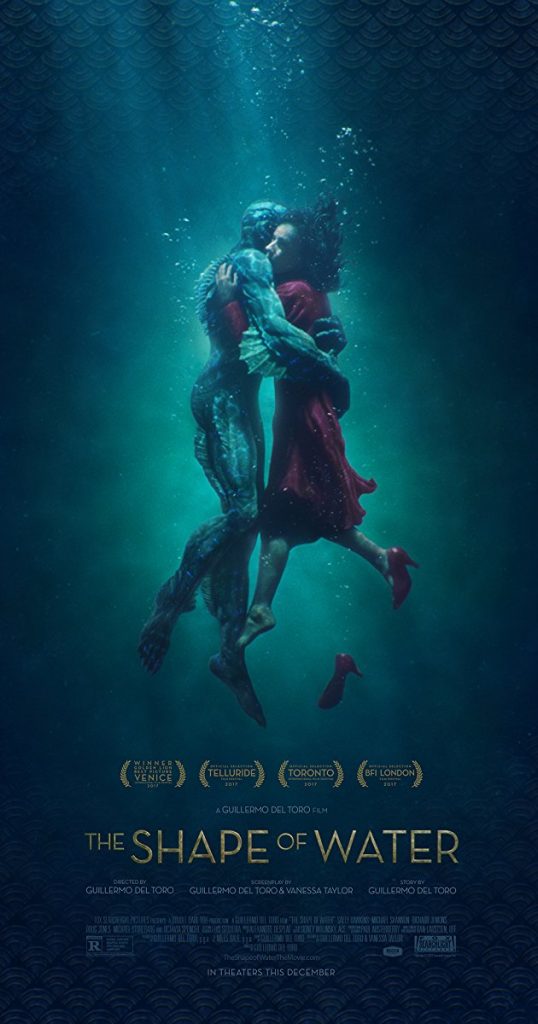 The Shape of Water

I’ve already talked about The Shape of Water in the last week’s post, so you can see I’m keen. It is very much a romance film, sort of like a modern fairy tale. Think Beauty and the Beast,  but the beast is not abusive to his romantic partner and doesn’t need to change back into a human form for a satisfying resolution. So I guess maybe it’s more like Shrek?

Not unlike other del Toro movies, one of The Shape of Water’s main messages is that the real monsters/ villains are not beasts or creatures that we fear because of how unfamiliar they seem, but white straight dudes in power. The atmosphere of the film is very reminiscent of Amélie, the 2001 French romantic comedy – it’s very whimsical and shows the main character, Elisa to have a rich inner life separately from the romance plot, which I feel is very important in a romantic movie. 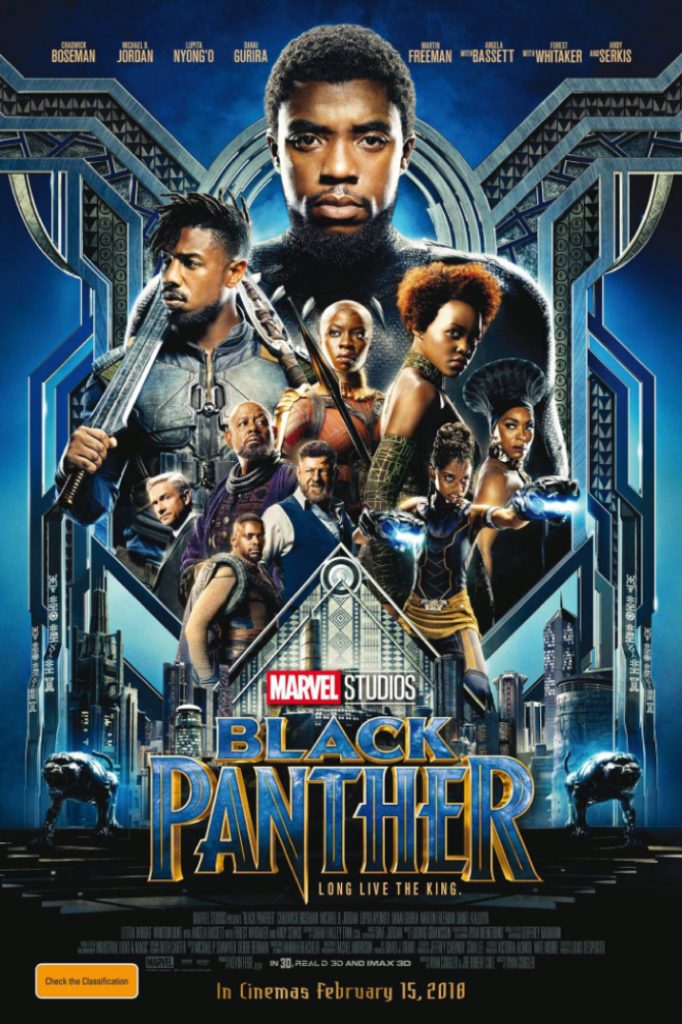 Black panther will be  screened on Valentines day at Palace Centro on James Street in Fortitude valley, as well as Palace Barracks in Petrie Tce, Brisbane. EVERYONE should be excited for Black panther and I think that it might be a Valentine’s day option for the most wide-ranging target audience, 10/10. Also, Kendrick Lamar produced the soundtrack for it, look: 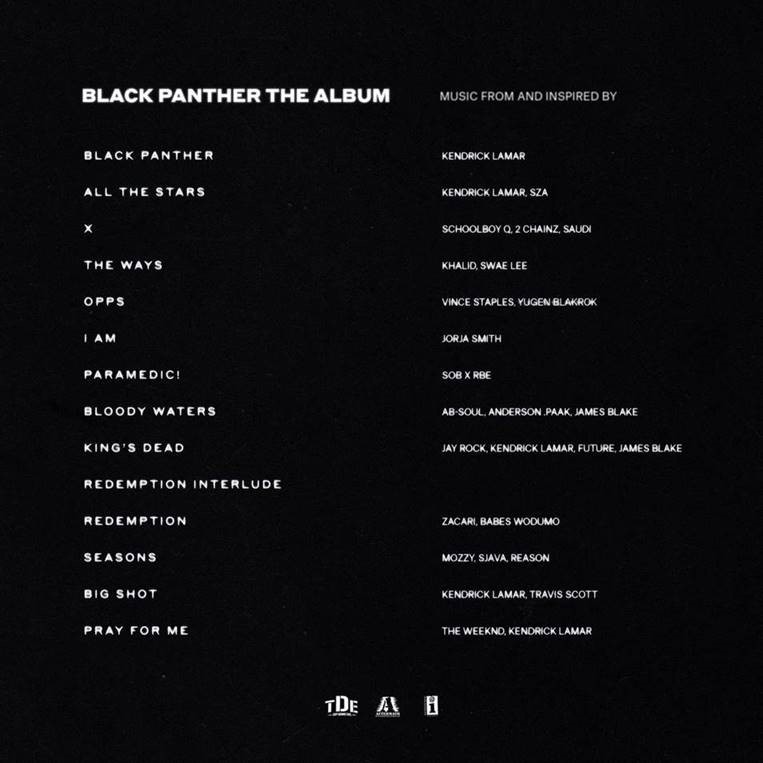 There’s a lot of pressure for this movie to perform well; knowing Hollywood, if it doesn’t generate an incredible amount of money, the movie execs will decide that there is no need for, nor interest in superhero movies with a majority POC cast. I’m referring to what happened when Catwoman, which was an objectively terrible move, had received very poor reviews and a low box office gross. The film grossed $82 million on a $100 million production budget, and won a Golden Raspberry in the categories of Worst Picture, Worst Actress, Worst Director, and Worst Screenplay. From then on, up until Wonder Women last year, no women-led superhero blockbusters had been produced under the pretext that they just don’t sell. BUT! I don’t think we have anything to worry about, because A) the trailer looks wicked, B) of all, every POC and their aunt has been invested in this movie since the first trailer dropped. However, most importantly, C) of it all, it’s the optimal Valentine’s day movie. It has: action, fights, a warrior-based political system, all-female special forces, and hopefully no forced romantic subplots (maybe? I pray). So, all in all, a perfect V-day experience. 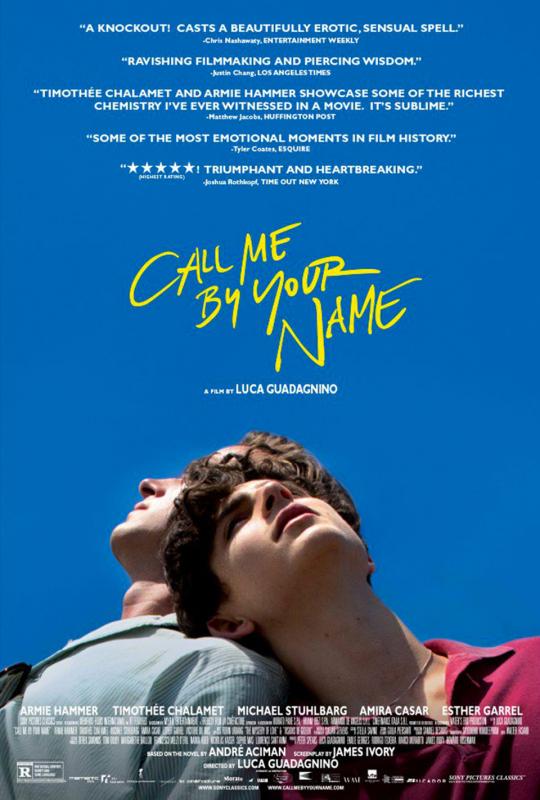 Call Me By Your Name

This will also play in Palace Centro and Barracks. It’s a queer romance. It embodies the atmosphere of summer love without resolving to clichés. Also, the level of discomfort during “the peach scene” is something one must experience with a crowd of people to have fully lived a rich life. A nice hint for any future-goers; do not see this movie with your mum. No relation to real-life experience whatsoever. 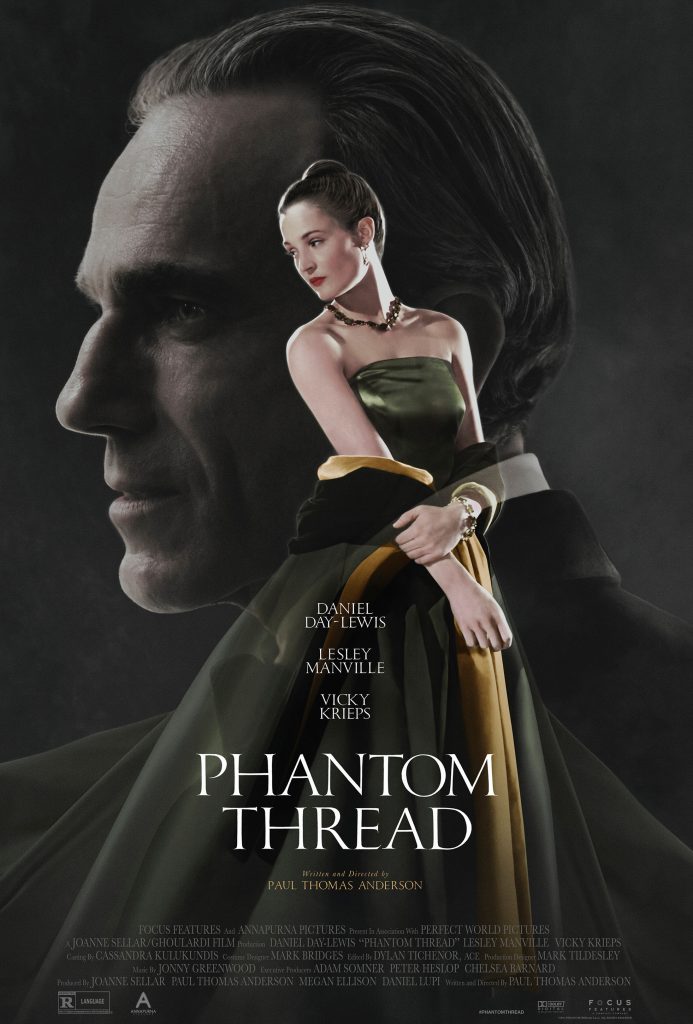 I know very little about, except for that it has Daniel Day Lewis in it and that it has the most gorgeous soundtrack which I should have not listened to yet because I am a big proponent of not listening to soundtracks before seeing the movie. And that it has amazing costumes and it has been nominated for them. This might be a hard sell for all you hyper-masculine dudes, however.

I just sat staring emptily at the screen, all focused and intense for 3 minutes trying to come up with a way to sell this film for any dudebros out there. For a second I thought I remembered Lewis having a manly moustache in this but I had been proven wrong by Google. So, look, it’s not a movie everyone would enjoy but I’m certainly going to see it. Not on valentine’s, that’s Black Panther Day, but certainly soon. Almost certainly with my mother.

8/10, probably more of a see-it-with-mum-film than a sexy prelude, but what do I know? Not much yet. 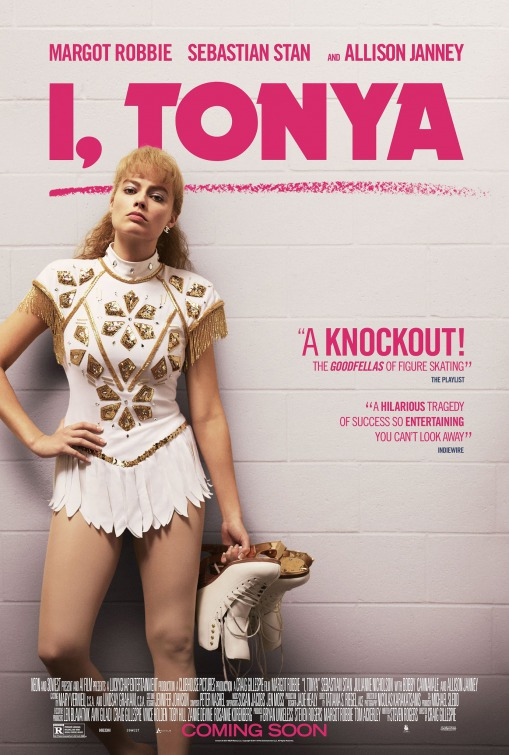 This is a good movie but it’s not a feel good movie, ya feel? Trigger warning for so much domestic abuse, which à propos is why it’s not a viable valentine’s day movie. 4/10, but in any other context a solid 8/10. Except for that one scene where we’re supposed to suspend our disbelief about Margot Robbie and Sebastian Stan being fifteen, what was that about? My imagination can only be stretched so much, I’m a simple woman. 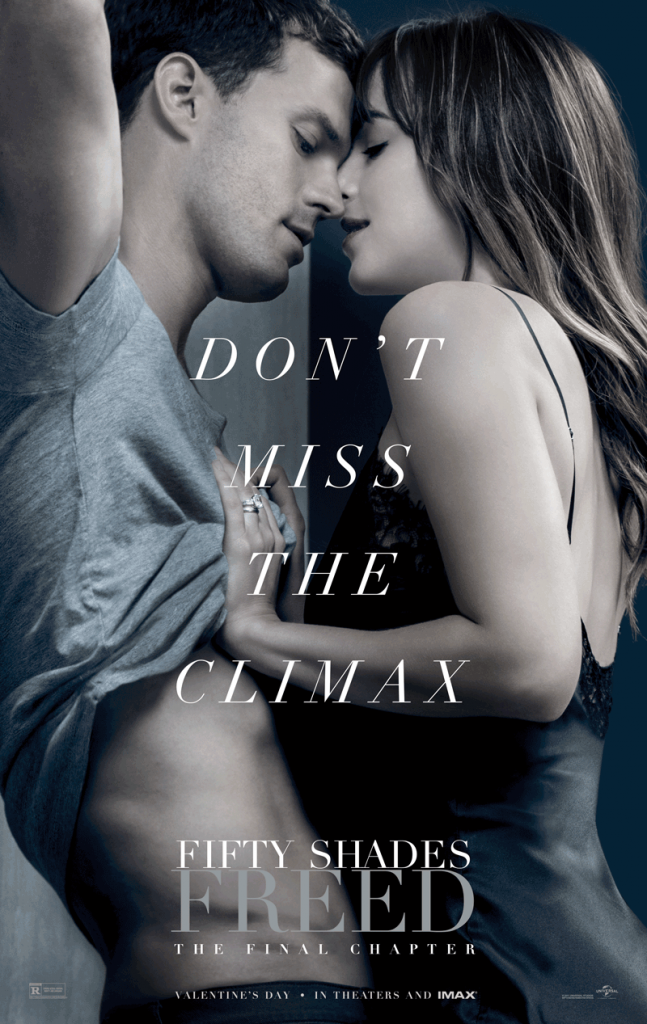 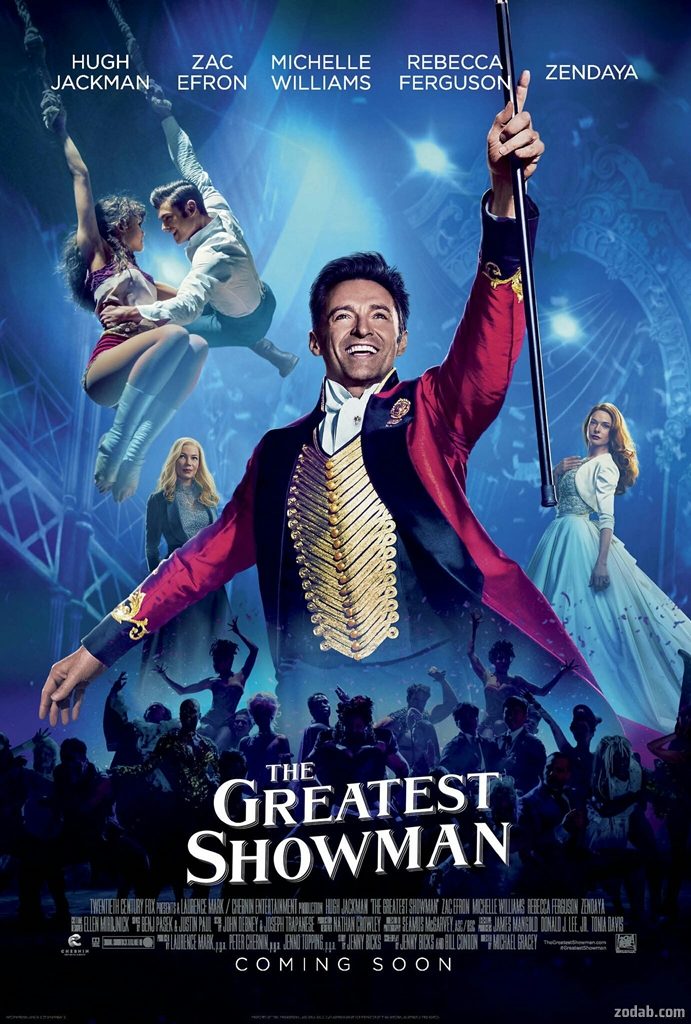 I know that Hugh Jackman is technically Australia’s national treasure… so this will be a controversial take. I do know that some of you are weird about him, so I need to preface this by saying that I have nothing against him, Logan was great and Jackman seems like  a perfectly nice, non-problematic human being. It’s just that… I wish he would stop doing musicals. I am a fan of musicals; I have most of Les Miserables and Hamilton and Into the Woods, amongst others, memorised. Please, Hugh Jackman, stop ruining the songs for me with your nasally warble. I can only take so much! My twitter friend has commented that she has had enough mediocre white men in these roles and I can only concur. Even though I, myself, am whiter then mayonnaise. So, In the words of Miranda, “I’d rather be divisive then indecisive, drop the niceties” and away with this mediocre musicals.

4/10, the white crayon of musicals, and a savoury muffin of valentine’s dates. (In the words of a different Miranda, “A savoury muffin? Life is full of enough disappointments!”)

Huh… it seems I did not talk about any other movies. I might do that in my next post, except I would do a non-valentine’s edition this time. Or I could do best podcasts to listen on your commute to work/school, or best books to read on a rainy day. Or something even better, maybe! Or even not!!!